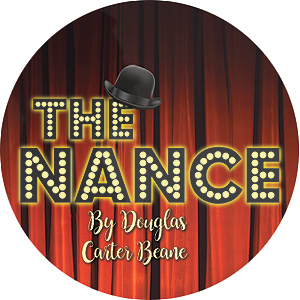 PHILADELPHIA PREMIERE The show features original songs, dances and hilarious burlesque routines. In the naughty and rowdy 1930s world of burlesque, Chauncey Miles is one of its shining stars. At a time when it was easy to play gay and hazardous to be gay, Chauncey’s laughter-creating clownery on stage stands in sharp contrast to his secret life away from the stage. Wryly comic, poignant. Review from Ginger Agnew…The Nance is a must see which is compelling and timely, daring and fearless.” Review from Ellen Dilks…”strong performances across the board..the ‘ladies of the ensemble sing,dance and shimmy…Lenny Grossman brings boundless energy to the role of Efram…Joe Fanelli touches the heart as a scared young man…Rusty Flounders, as Chauncey, is quite adept at morphing between the fey persona of the onstage character to the private Chauncey…and his struggle between pride in who he is and coping with society’s judgement of him”